The Untold Secret About Scaling Your Community (2023)

Referral marketing is the perfect community-building tool. It’s how most consumer companies have scaled up so fast. Here's how you can implement this. 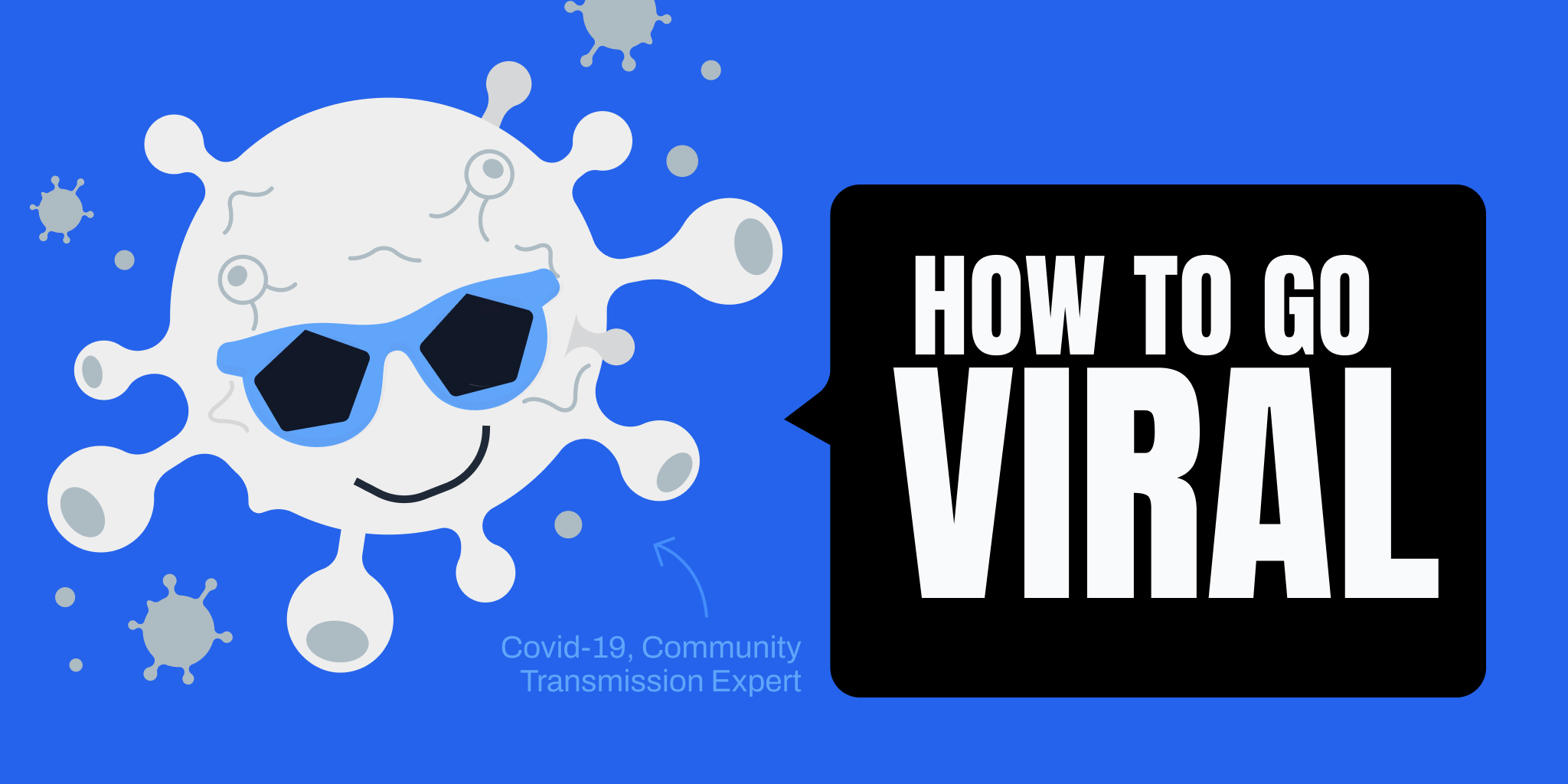 Revealing the secret to grow your community exponentially

With our own Discord community, we ran hundreds of giveaways, contests, private events, just for folks who were willing to invite other members.

Don't underestimate the power of a common man? (No, that old huh!)

You should NOT underestimate the power of users inviting other users!

There are plenty of creative, hard working people out there who never do well at life or business, and that is primarily because they underestimate the power and influence of other people. They never set out to utilize it and prefer to do everything by themselves. In this blog article, I want to talk about a hack that uses other people’s power in business: whether that be communities, apps, services, or physical products. This hack is invaluable for running communities, because it significantly lowers CACs.

I’m also going to let you in on a secret — very few large companies have achieved massive scale through traditional techniques, especially consumer companies. While they all use advertising, influencer marketing, etc.; all of these techniques have large costs of acquisition and are used to “amplify” a technique that most people don’t even realize exists.

That technique is the darling of Silicon Valley growth experts, and is one I’m going to share with you here.

The story of referrals

You've probably heard of the nutrition company, Herbalife. It receives a lot of hate for using a technique called MLM, which stands for multilevel market. Despite having Ronaldo as a brand sponsor, Herbalife does not grow primarily through marketing or influencer deals. It grows because financially motivated people are better salespeople than large influencers, when engaged correctly.

Here is how MLM works:

One person sells to two. Each of those two sell to a few more, and so on. Basically, you create an infinite chain of people that keep selling, and each level earns a commission from all levels below it.

To understand MLM and referral marketing, we need to go back to its roots.

In 1935, a strange phenomenon had begun. People would randomly receive a letter, with 5 names on it.

These letters became a big racket in the 20th century and had to eventually be banned by the Post Office system entirely!

We see a version of these letters via Whatsapp forwards that Brazilian parents send their kids every morning. When you take a simple Good Morning image and forward it to 50 people that you think might like it, there’s a very good chance that the exponential laws of mathematics will kick in.

The message might end up in more than hundreds of thousands of Whatsapp inboxes!

Advertising follows linear curves. Suppose each install costs you one dollar — that is going to remain true even at scale (we’re ignoring ad inflation costs here). Unlike linear curves, exponential curves can get massive with zero costs.

By massive, I mean really really massive! Believe it or not, almost every large company grew like this.

Uber had a 12x ROI from referrals. Their referral scheme shown below is just an app version of the chain letter we discussed before. You can read its double sided referral case study here.

Dropbox reached 700M users after failing at advertising and other common techniques. Referral marketing made the company reach their current impressive scale!

MX Takatak is India’s version of TikTok. Unlike the other apps we’ve spoken about, Takatak just flat out gives you money for referrals. While Uber gives you rides and Dropbox gives you storage space, Takatak has nothing other than money to give. It still works!

In the past, people used to refer 2-3 of their friends, so the chain didn’t have too much steam. These days, even YouTube influencers post about Takatak on their channels, therefore starting off their “chain” at 1,000s of users! Even though Takatak gives you just 2 rupees ($0.025) for a successful referral; because of the law of exponential numbers, you could end up making thousands of dollars, especially if your chain starts off at 1,000 users!

Your latest exposure to exponential curves has probably been your friendly neighborhood Coronavirus.

Last year (and before the first wave in the US), @balajis on Twitter kept talking about the Coronavirus and how the case rate looked like an exponential curve rather than a linear one. Most people laughed at him, referencing the absolute number: “Oh, it’s only 200 cases a day”.

People familiar with product startups know that exponential curves are nothing to laugh at.

What can we learn from virologists?

So how do virologists measure the infectiousness of a new virus?

They do this using a value called R0, pronounced “R naught, known as the reproduction number. For example, if a disease has an R0 of 10, then a single infectious person gives the disease to 10 other people.

Three possibilities exist depending on the R0 value:

In startup marketing, we have our own factor, called the K factor. It’s basically a ripoff of R0. The formula is simple:

i = invites sent per customer

i = conversion rate in percentage of each invite (i.e, you could be invited but not click the link, so it is not counted)

Most businesses should try to get to a K factor of >1. Even successful communities will cap out at around 0.5.

Check this graph out below. Look at what happens after 10 cycles of invites with a K factor of 2. The app starts innocently at a number of 10. From the 1st to 6th cycle the app seems to look extremely linear, despite the fact that it is exponential.

Here’s a viral post from long ago on my Instagram showing you the share value. What has happened here is that most people who shared this post will end up re-sharing it. That cycle continues in huge numbers!

So, how do you use referrals in your business?

A long time before we put up YouTube videos, we ran a product agency. We used to employ a little trick for client referrals whenever it came to billing time — we’d give our clients an option: "Refer another business to hire developers from us, and we’ll give you a MacBook as a personal gift if they convert."

This turned out to be an awesome technique, because we not only employed referrals, we also gave people a personal incentive. We could have easily given their business a MacBook, but the decision maker is not going to care about it because he doesn’t personally get the MacBook. Even if he gave you referrals, he won’t care about conversions. When we flipped things around and gave people rewards, they would usually put in a good word with the other businesses they're friends with because there is a personal incentive to the referral.

While the value of i was good, you also need to focus on improving c — hence we gave the individual  a MacBook rather than give the business a discount. Nobody would care about a 1000$ discount if they don’t personally run the business. But a personal MacBook? That is tempting :)

Another suggestion I have is to utilize tools rather than do referrals verbally. It gives people a simple way to make invites rather than email: Tools like https://viral-loops.com/ and https://referralrock.com made this simple for apps by allowing people to share a link to their friends for referrals. Scenes has inbuilt referrals and a coin system so these aren't required anymore.

How to think about referrals in the context of community building

With communities, referrals are like the wheels of a car you're building.

Here’s an image of what your community should look like:

A community without referrals is like a car with bricks for wheels.

No matter how much you push this car above using sales or content or advertisements, it simply isn’t going to move far, because it cannot continue to generate momentum.

Believe it or not, in Silicon Valley, ads and other techniques are simply a method to amplify referrals.

Evidently, referral marketing is the perfect place to start, if you’re looking to scale up your community. We’ve been leveraging referrals in our community building strategy from the get-go, and it’s worked out great for us. If you have a community of your own, we would love to help you bring it to life.

‍Reach out to us, and let’s show you how to go about it.