Pitfalls Of Using Discord For Your Online Brand Community

From voice notes and scheduling to managing chats and forums - there are a lot of issues associated with using Discord for community building. 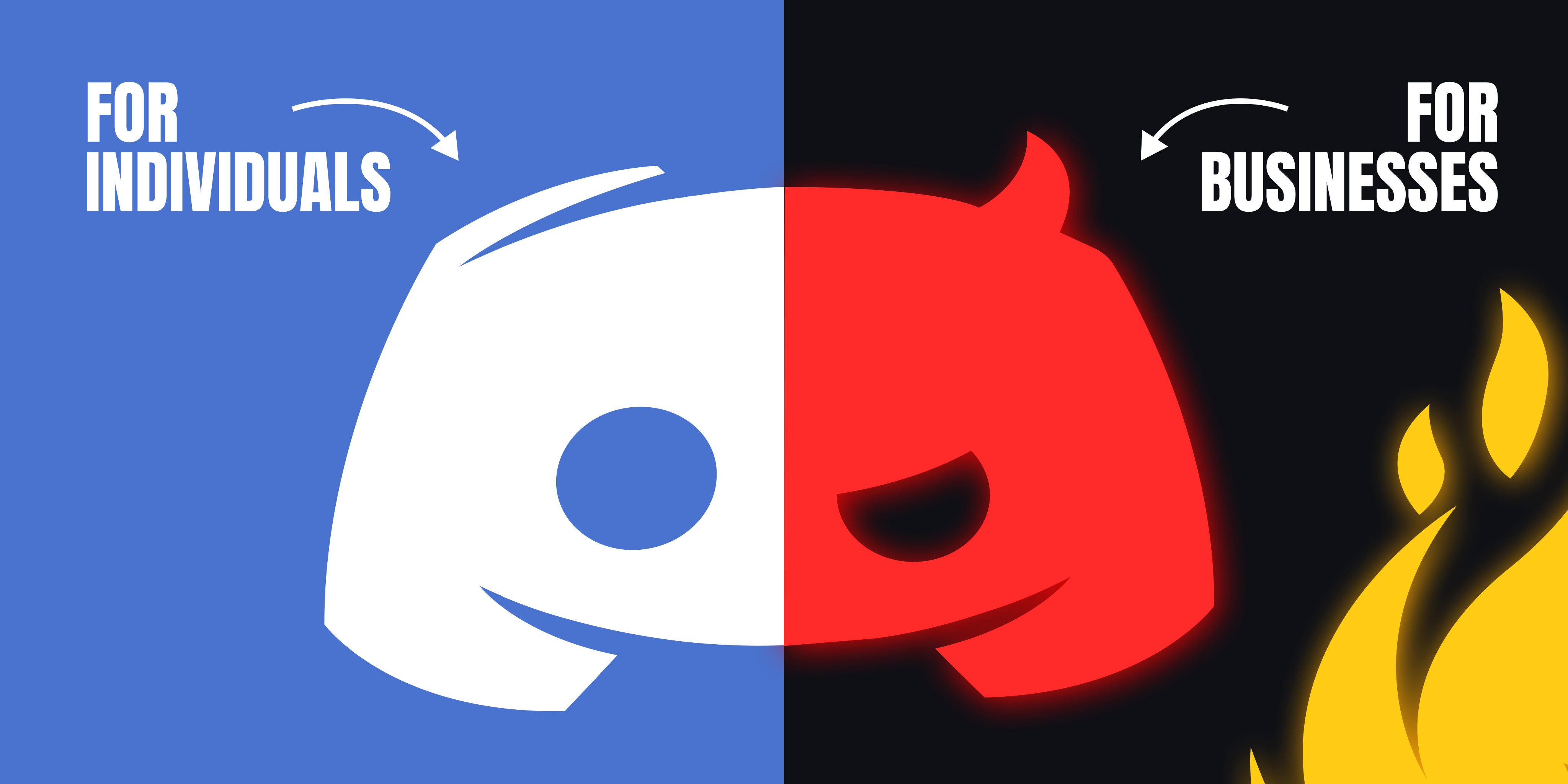 Ever since the COVID-19 pandemic hit, the world has upped its digital game by leaps and bounds. This helped a bunch of communities develop and thrive. Unsurprisingly, most of these communities ended up on Discord.

Widely hailed as the Slack of Gen Z, Discord is essentially a messaging platform. The platform’s popularity is ever-growing. And many brands have started using it for their community building efforts. But is it the right choice? In this article, we’re going to talk about why you should think twice before building your community on Discord.

When we ran our own Discord server, we found a broken workflow. We'd use Discord + Zoom (Discord has a 25-man limit if you turn on video on a channel) + Reddit + Google Calendar + Notion + Gather.town.

We were so tired of this workflow that we decided to build the entire set in one tool. 14 engineers and a year later, we've built a web + mobile app. And it's been battle tested with tens of thousands of people on a live stage.

Scenes is the ultimate community tool.

Most people think Discord is one of the best community platforms out there in the market. But while running our own community of over 50,000 members, we ran into some major issues. To help you out, we’ve listed them down below -

While hosting an event in your community, you need voice interaction. A way for the community to be able to interact with each other over voice channels.

Discord's voice rooms can get annoying. This is because anyone can unmute themselves in a conversation. Some people join with their mics on. So, when they cough or play the television in the background, everyone else can hear. Without a 24x7 moderator, there's nothing you can do. Except watch a conversation get ruined in real time.

💡 We solved this problem with Scenes by allowing people to spawn temporary voice rooms. They are also given temporary moderator permissions over that room. This solves the problem, and gives you so much quality engagement in return. You don't even have to worry about your moderators burning out.

The biggest challenge we found on Discord was scheduling events. And, of course, getting users to attend them. In the past, we used a hacky Discord + Add to Google Calendar solution. The problem is that the calendar invite would only send them to the main server. Not the channel where the event was currently taking place.

Scenes solves this entire workflow. It has an inbuilt Zoom (Stage channel) and a connected Calendar channel. It also allows you to segment the right kind of people for the right event, by limiting the Roles that can attend the event (creating a newbie-only event is now a breeze). With the mobile app, event notifications reach more people by taking up real estate on the phone notification tray itself.

💡 Recently, we held "All About Money", a fintech event with more than 13,000 people on Stage. We expected many people attending via mobile and low end phones and internet connections, so we pre-optimized for these situations with our team of mobile and real time communications engineers. With Scenes, you can create unlimited events and schedule for the entire year in one shot if the need arises. Again, you could always stitch together tools, so don't let Scenes be the only option on the table.

With Discord, we found it extremely challenging to realize the full potential of forums. Forums have been the oldest form of group internet communication. The format has been done, redone, and done again. The idea of pseudonymity isn't new. It started in the early days of the internet, where you could generate and maintain clout through a consistently used username, without having to ever reveal your real name or location. Growing up in India, I was insecure about where I was from for a long time. Thanks to this and the veil that pseudonymity gave me, I was able to build a reputation without having to reveal who I was. It's not just me that found this freeing — it's also most people who will use your community.

If your community has young folks in it, they probably haven't had enough time to build out a real personality (it takes a lot of time for people to get comfortable in their own skin in an alien community).

💡 Scenes has slots for real names but doesn't enforce that people use them while signing up. We do however require mobile number verification via a code to prevent bot and spam accounts.

A forum is also your best bet at breaking down communication into threads or topics — in my personal opinion, reddit is the best example of a forum and the reddit format (posts, upvotes, downvotes, comments) is the gold standard for anyone looking to create a community.

💡 The Scenes forum channel is a lot like Reddit's. They've cracked the model and we decided not to reinvent the wheel here.

There are several Series A+ business across the world right now managing a hundred WhatsApp groups each, the managers losing more hair than they should for their age. The big problem is that there hasn't been a great chat tool for communities so far. WhatsApp caps out at 250 users (and is too personal for the community), Telegram users are constantly spammed by other people, and Discord is painful to use on mobile. Since chat activity in 2021 is primarily going to come from mobile, you need something that can behave like Discord on the web but like WhatsApp or iMessage on the phone.

💡 The challenge in migrating a chat community tool to a forum tool is a pain. You can do this seamlessly on Scenes because both channels are on the same tool — you don't erode social capital on the switch.

As a community scales, you're going to be spending a lot of time firefighting. With our own Discord community, we encountered many conflicts, and the same set of issues continued onward onto communities on Scenes.

💡 One of the reasons we removed user to user direct messages from Scenes was harassment. The other was because pissed off people who are muted in a community or kicked off of stage can DM every single other member, throwing shade at the community itself. This happens very often on Discord. Scenes also allows users to report problematic posts and messages, which allows moderators to go fix those issues. Discord and Slack severely lack this feature — with the mods having to go find the troublesome posts themselves on those platforms (nearly impossible in a large community).

When choosing a community platform, mobile support is absolutely necessary. Without mobile support, you might as well not do community. As an application, Discord isn’t very mobile-friendly - which was a huge challenge for us. Discord notifications can also become extremely annoying as they come in one after the other and occupy a lot of space.

💡 Unlike Discord, Scenes threads together chats like WhatsApp after 1-2 messages, saving a ton of real estate and pissed off users.

Direct messages (DMs) in communities aren't a great idea. Even though 1:1 engagement can be a value add that your community provides its members, there are kinks in human wiring that prevent all members from being effective users of DMs. Kinks like these:

Slack did a U-turn after launching their public DMs feature because of the same reason. Because communities are very different from private workplaces (where you generally know everybody, and have an employer to sort out harassment issues), 1 to 1 DMs are a big risk factor for abuse.

💡 Scenes has a follower-following system, and DMs can only be sent post that association. They are disabled by default, you will have to enable them as an admin.

As a group of community builders who have used pretty much every community platform under the sun, we felt like we needed to create a product that could solve the issues we faced in our community journey. This was where the idea of Scenes was born. If you’re looking for the right community platform, then look no further. ‍

Book a free 1-1 Demo call and let's get talking.