The Secret You Should Know About Getting Youtube Subscribers

Growing your subscriber base on YouTube can be a tough task. To help you out, we have decoded the YouTube algorithm, so that you can grow 10x faster. 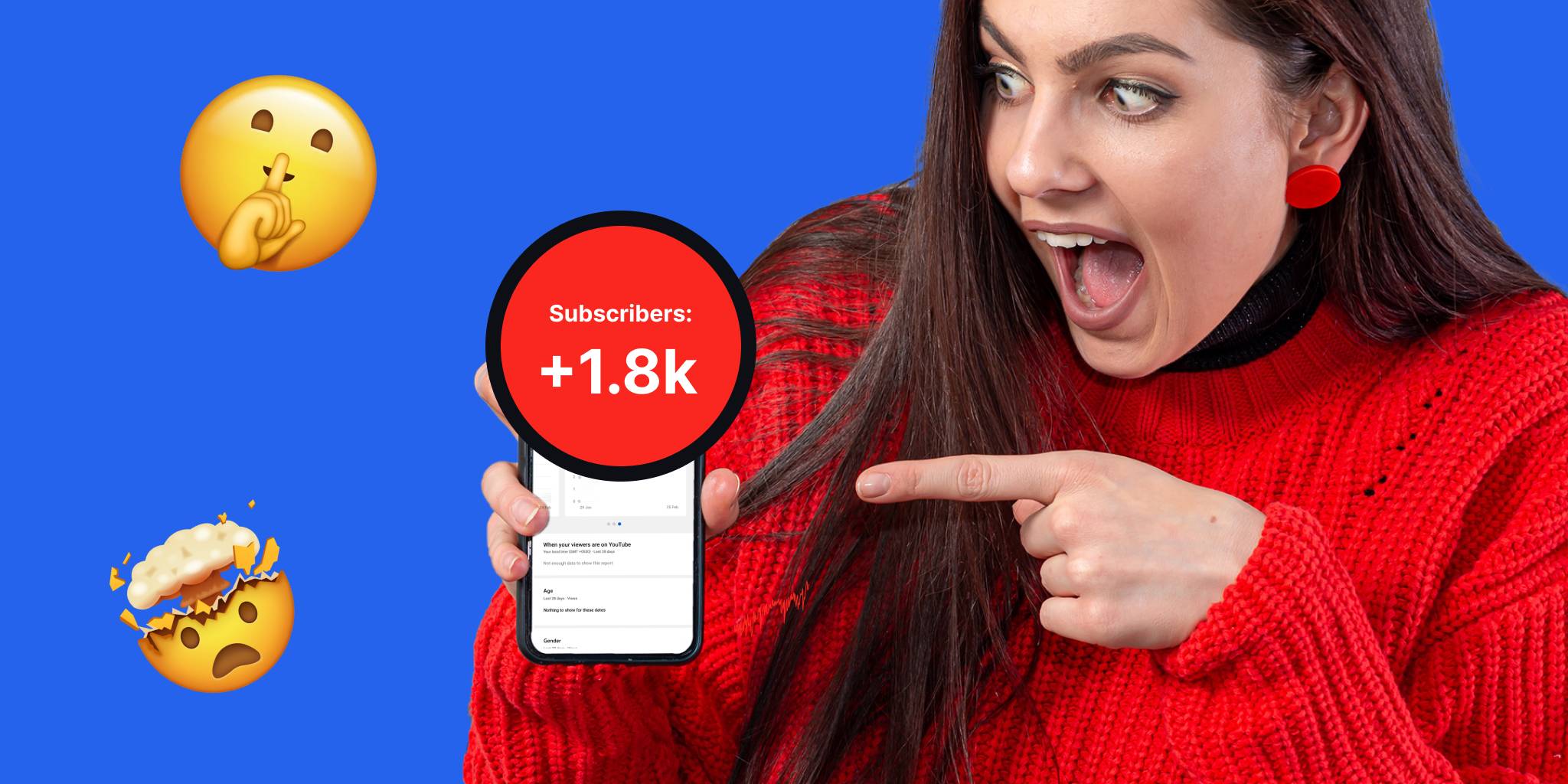 YouTube is the one platform where it's still possible to grow in 2023, if you play your cards right. And we're here to break it down. In this article, you'll learn how to create really good content that grows your user base. We've succeeded multiple times on YouTube ourselves. So, this isn't commentary — we've lived this.

This is a slightly technical article, but we've added an "insights" bit in every section with key take-aways. Even if you skip the algorithm parts, make sure you read the insights.

We dove into multiple Google research papers on the YT algorithm. We also spoke to creators in India to figure out how to beat the algorithm. It’s a mixture of math, science, and insights that will help us figure out what works best on YouTube in 2023.

Through all this research, we're pretty sure of how the core YouTube algorithm works. This is because Google published two papers in 2016 and 2019 on the YouTube algorithm. And both papers had the exact same core engine in action. However, there have been tweaks over the years to reduce bias and improve time on site. We’ll cover the tweaks and what they mean for creators too in this article.

All companies have a north star metric. Some would call this the one specific metric that the entire company is trying to improve. It’s quite obvious that for most companies this would be revenue, and this is true in YouTube's case too. But the proxy metric that is most tied in to revenue for YouTube is watch time.

The more you watch videos on the platform, the better it is for them as a company. YouTube is constantly optimizing and tweaking its algorithm. This is to ensure that you stay on the platform for as long as you can.

The primary method to increase watch time is recommendation. As boredom starts setting in with any video, the right set of new videos should be suggested on the sidebar.

We start with the 2016 paper titled Deep neural Networks for YouTube recommendations. It admits that recommending videos have three different problems:

Algorithms that work at a small scale don’t work at large scale.

‍ The challenge is with balancing recommendations of new uploaded videos with old established videos that work well.

‍ A user’s watch history can sometimes send wrong signals. You can’t tell when a user has really enjoyed a video, because a large majority of users who really like a video don’t press the Like button..

The core algorithm of YouTube has a 2-layer process. The video corpus in the image is all the videos on YouTube that have ever been uploaded.

The candidate generation network takes events from the user’s YouTube activity history as input. It then retrieves a small subset (hundreds) of videos from a large corpus.

This means that the first layer maps out what the user has already watched and subscribed to. It will generally try to show users videos from their own network.

Now let’s assume Rick is a user that has created a fresh account and has watched three Spider-Man videos. Now the CF recommender system has created an association between Spider-Man and Messi through Jim’s watch history.

Based on this, it attempts to send Rick a Messi video to see if he likes it. Basically collaborative filtering recommends a video to user Rick based on the interests of a similar user Jim.

YouTube ranks the results of it’s CF algorithm and shows multiple such videos based on their relevance rank. The order of videos shown on the sidebar reflects the "rank" of each video's relevance to the user.

This also works via search queries. YouTube can create an association between two people who searched for particular keywords in the search bar and the types of videos they watch.

This system takes the hundreds of videos returned at candidate generation and serves just a few to the user. It orders the videos in candidate generation by highest likelihood of expected watch time. In very short, ranking is determined by click through rate (CTR) and existing watch time of the video. Watch time is still more important here as using the CTR alone makes people clickbait too often, which YouTube doesn’t like.

It’s kind of obvious that the lower down a recommended video is shown, the lower the likelihood of it being clicked.

The 2019 algorithm accounts for this bias. If you clicked on a recommendation that was very low down the list, then that video will be recommended higher from that point on in other user’s recommended lists. The user’s past history with the channel that uploaded the video being scored is also useful.

The last thing that I didn’t mention was that YouTube is constantly always looking at the freshness of content. The algorithm tries to recommend recent content rather than old stuff.

If you look at the engagement tab of any video’s analytics, you’ll notice where drop-offs happen. Maximum drop-off happens in the first 20 seconds.

I personally believe the YouTube ecosystem is becoming the next Hollywood. Not because of the fame of creators, but because getting in is becoming very difficult. Five years ago, producing good content with a clickbait thumbnail was good enough to get views and subs. To get in today, you have to collaborate with a bigger YouTuber and get the CF algorithm and their audience on your side. Just like Hollywood, if you know someone, you have a higher chance of getting in.

Many creators are looking beyond social media. They have started creating communities to cater to a filtered subset of followers. Creators have designed it to be personal & more engaging, and in turn, more monetizable.

They lack specialized tools for interactive community functions. This includes two-way messaging, P2P discussions, courses, gated events, and so on.

Followers on social media generally pay creators via their attention. For example, ad revenue on Youtube or promotional posts on Instagram. Moreover, since the platform owns the demand side, creators find it difficult to negotiate earnings. Creators hence are moving their true fans elsewhere. This will allow them to monetize their followership better.

We hope this article has shed some light on how the YouTube algorithm operates.

If you're looking to start your personal-brand community, we're more than happy to solve the biggest problem while starting; what platform to host it on? Fill in this form and we'll be in touch.