Why Building A Community Is 10x Better Than Building An Audience

The only guide you'll ever need to decide whether your company should focus on building an audience or building an online community. 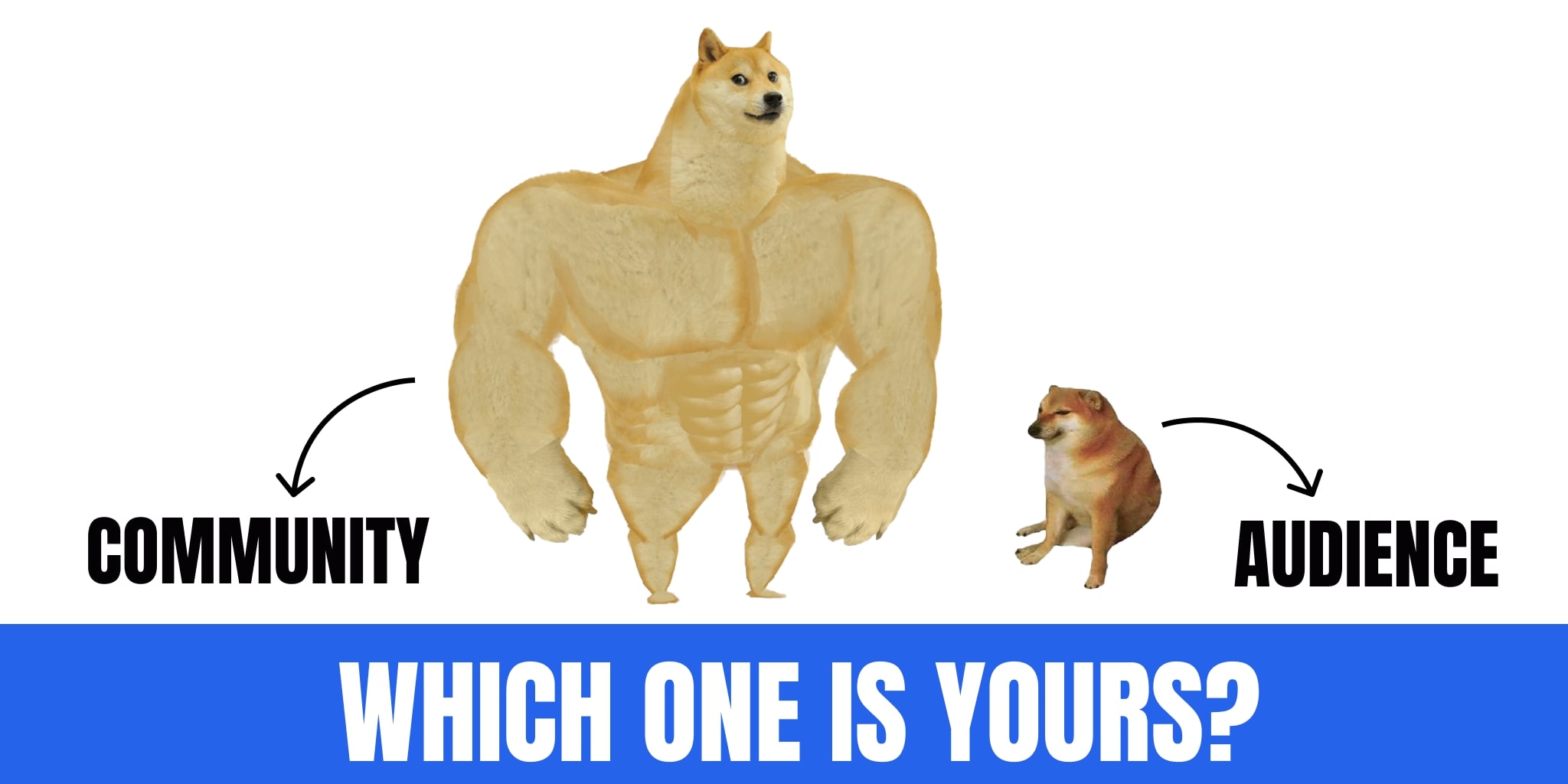 Audiences and communities both care about what you stand for, or the problem your product/service is solving. There are a host of similarities between the two.

But are there any differences? Or are they one and the same?

This is a question that tends to baffle most people out there. If you’re one of those people, not to worry; we’re here to clue you in.

A community, on the other hand, is characterized by P2P interaction. Your audience interacts with themselves, and doesn't require you to constantly churn out content.

I also want you to understand that there is no line in the sand here. Doing community also means you'll be doing some content, especially in the initial days. In fact, there's a very close relationship between content and community.

Content is top of funnel, and community is middle of funnel, the retention layer.  People with large audiences find it easier to transition to community in the beginning, but fail unless they organize and go beyond themselves. Running a community is very similar to running a business, and very hard to do, because there are multiple moving parts. You can't do it by yourself. An audience, however, can be created alone. In fact, the YouTube algorithm rewards personalities.

Should you develop an audience or a community?

But which one is more important for your business? The answer depends on what your priorities are. If you’re thinking long-term, then a community is probably your best bet. We get that you’re probably worried about how hard it is to actually set up a community, though. It’s a tall ask. But the team at Scenes can help you out. Reach out to us today, and let’s hop on a free call to talk about your community roadmap.